Adventures in Greek and Roman Diving

When you walk into the History of Diving Museum, you are met with information and artifacts that have been salvaged from under the sea dating to the Greco-Roman period and even earlier.  You will encounter an intact amphora (a Greek/Roman storage jar) and an amphora fragment that still has some olives in it.  However, these items have been retrieved by modern divers and archaeologists.  What about in ancient Greek and Roman times?  What did they do?  We know from the segment of Aristotle and the image of the wall carving depicting men swimming underwater with air sacs on display in the museum that divers existed 2000+ years ago.  But how did they manage to deal with things like changing water pressure, how far could they dive, and under what circumstances were they diving to begin with?  Most of the sources of information we have that survive today regarding ancient Greek and Roman divers are literary, but this blog will serve to make some sense out of all the information and shed some light on the mysterious world of Greek and Roman diving! 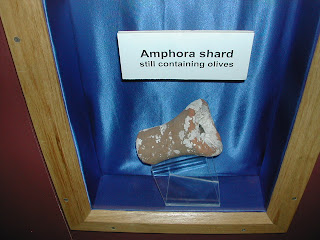 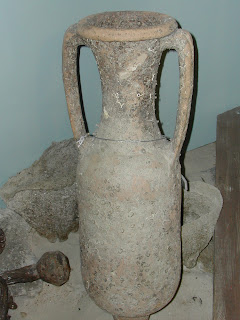 THE INNOVATIVE GREEK AND ROMAN

First, let’s explore how some of the divers prepared themselves for ‘the plunge.’  In the ancient Greek work Problems, which has been attributed to the 4th century BCE Greek philosopher Aristotle (although it is not certain whether he was actually the author of the work), some very fascinating diving techniques of the Greeks are described.  For instance, divers would puncture their eardrums on purpose before they dove so that they wouldn’t have to worry about the changing water pressure the further down they went.  They could just weigh themselves down with a rock and sink to the bottom without wasting time dealing with the pressure on their ears.  Some divers would also shove sponges or even oil in their ears to prevent the water from getting in (32.2-11)

Plutarch (De Primo Frigido, 950B), a Greek-turned-Roman philosopher of the 1st century CE, and Oppian (Halieutica, V.638, 646), a Roman poet of the 2nd century CE, both mention that divers would take a mouthful of oil before each dive.  They claim that when the diver reached the bottom of their dive, they would spit out the oil so that he could see more clearly.  They did not have helmets or protective lenses to aid in their sight in salt water, so they had to improvise.  Some modern scholars, however, such as Dr. Frank J. Frost, have suggested that ancient Greek and Roman divers would take oil in their mouths for an entirely different reason.  They argue that the divers would force the oil up through their eustachian tubes, the tubes that connect the nasopharynx to the middle ear, in order to protect their sensitive ear tissue from exposure to salt water.  There does not seem to be any literary or archaeological evidence to prove this theory.  However, if it does turn out to be true that the ancient Greek and Roman divers used oil this way, it could indicate that they had a more sophisticated understanding of human physiology than what many of the extant literary sources suggest.

Although there do not seem to be too many dangerous predators in the Mediterranean sea today, ancient historians claim that sharks were a definite problem for divers and even discuss ways in which divers tried to keep themselves safe from the carnivorous animal.  For instance, the Roman historian Aelian, writing in the late 2nd/early 3rd century CE, states in his De Natura Animalium (On the Nature of Animals) that divers would blacken their hands and feet in order to try to avoid a loss of a limb from a shark attack (15.11).  What makes this interesting is that to this day it is a widespread belief that sharks are discouraged by dark colors.  Pliny the Elder, a Roman philosopher and author from the 1st century CE, figured out something that modern divers know – that swimming directly at sharks can scare them away (Natural History IX.152-3). 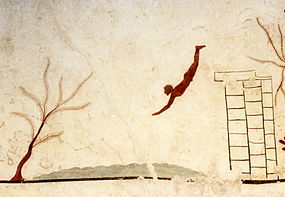 SO, HOW DEEP COULD THEY GO?

Another thing that modern scholars have been fascinated about regarding ancient Greek and Roman diving has been how deep the divers could have gone.  Dives of 90 feet, according to the Rhodian Sea-Law (III.47), were well within ancient Greek and Roman divers’ ranges. Isidore of Charax (Athenaeus 3.93E) mentions pearl divers in the Persian Gulf who descended to 120 feet.  While ancient literary sources must be taken with a grain of salt regarding the accuracy of the information given (ancient historians did like to exaggerate!), compared to modern ‘primitive’ divers, 90 feet for a dive does not seem that unreasonable. 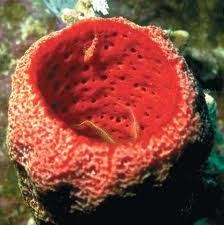 DIVING AS A BUSINESS

Diving was a way of life for many poor men in Greece and Rome.  The most common form of diving was for sponges, then the murex for ‘purple’ dye, and pearls, among other plants and animals common in the Mediterranean.  According to the Rhodian Sea-Law (III.47-8), divers could keep part of their findings, depending on the depth at which they salvaged the objects.  For instance, if gold, silver, or some other type of material was found at 8 fathoms (48 feet) down, the diver could keep 1/3 of what he found.  If the objects were salvaged from 15 fathoms (90 feet) deep, then the diver could keep half, because of the danger to the diver that deep under water.  However, if items were washed ashore or found 1 cubit (approximately 18 inches) below the surface of the water, then the diver could only keep 1/10 of what was found.

Diving in antiquity wasn’t just something that poor men did to earn a few drachmas, but was also a business.  There were several corporations that were devoted to fishing and diving and were very competitive, especially in the Roman economy.  Diving was also used for military operations.  For instance, the earliest known documented organized military dive took place during the Peloponnesian War (431-404 BCE).  The 5th century BCE Greek historian Thucydides writes that when the Spartans were being attacked on the island of Sphacteria, divers from the mainland were sent down to bypass the Athenian blockade and bring food and supplies to the besieged Spartan troops (History of the Peloponnesian War IV.26).  Thucydides also describes an instance in which the military of Syracuse drove stakes into the bottom of the harbor around their anchorage to prevent Athenian triremes (a ship with three rows of oars) from getting through.  The Athenians, however, sent divers to go down and cut through the stakes so that their ships could get through (HPW VII.25.6-8).